Digital learning as a ‘third place’: Lessons from the coffeeshop 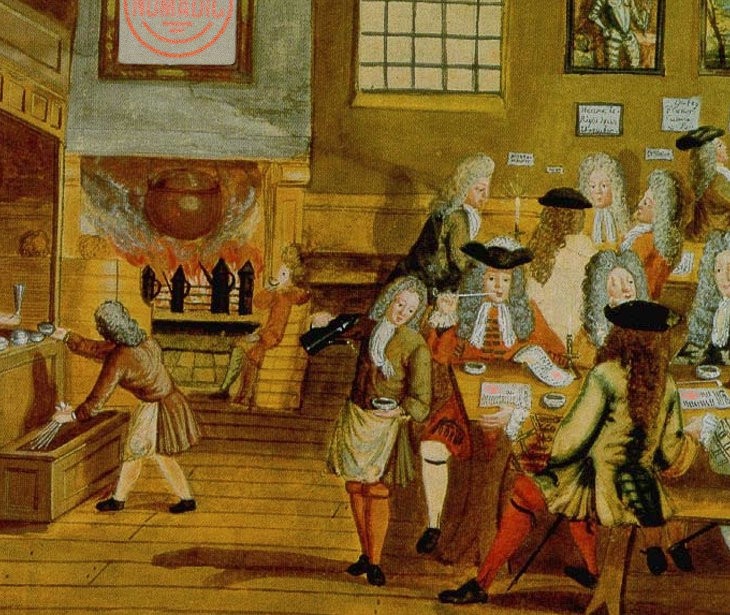 At its best, digital learning serves as a catalyst for the movement of knowledge, ideas, and practices across borders. But how do we describe the places where this knowledge exchange actually happens? We’ve long used the same few metaphors: platforms, ecosystems, channels.

None of these terms are adequate to the actual experience of learning in digital and collaborative environments. At Nomadic, we sometimes see ourselves less as developers of 21st century digital ecosystems and more as architects of (virtual!) 17th century coffee houses—sites where new knowledge is forged through vigorous discussion and debate about pressing issues of the day.

Back to the future
A coffee shop may seem an unlikely setting from which to change the world, but in the 17th century, this is where vital scientific ideas were discussed and their practical applications explored, and where world-leading institutions in banking and insurance were born. They were key drivers of the Enlightenment-era experimental thinking which provides the foundations for much of our modern world. While the neighborhood Starbucks might prove somewhat less inspirational, that same model can be applied to education and innovation today — much of our best thinking stills takes place in liminal, discursive, open-minded spaces. The crucial difference? In a digital world ruled by connectivity, the venues have largely become virtual.

“Collectively, Europe's interconnected web of coffee-houses formed the internet of the Enlightenment era_.” - The Economist magazine

The drink coffee, served “as hot as you can suffer it, black as soot and tasting not unlike it”, was brought to Europe via Venice’s trade routes, during the early 17th century. The coffeehouses that sprung up across Europe during the following century sold the new drink, and a place to sit, for everyone able to pay a small fee.

These coffeehouses often adopted a specialist focus, whether that was finance, trade to one part of the world, literature, shipping, or scientific debate. But within that specialization, they encouraged an unprecedented mixing of people from different backgrounds, classes, and professions, in otherwise highly stratified societies. Of course, not everyone was included. Reflecting egregious attitudes at the time, often women, people of color, and the poor were not in a position to gain access, or simply not welcome. But within what were still largely aristocratic societies, coffeehouses brought a far wider variety of perspectives to bear, on problems which had previously been viewed within narrow bounds.

Robert Hooke, head of experiments at the Royal Society, one of the first scientific societies, kept a diary of his incredibly varied, often unprompted, meetings and discussions in coffeehouses. Topics discussed included cartography, early reports of palm trees and pineapples, engravings of newly-discovered microscopic worlds, unorthodox health remedies, and the latest ironworking technology from Germany. In Garraway’s coffeehouse, Hooke conducted gravitational experiments, during the same period as he was engaged in correspondence with the mathematician Isaac Newton. From these letters came ideas which Newton later used in his formulation of classical mechanics. Indeed, after presenting Principia Mathematica, arguably the basis of physics as a discipline, and one of the most important publications in scientific history, Newton went to a coffeehouse with Hooke and other members of the Royal Society to continue their discussion.

A decade later, mathematicians were giving lectures in coffeehouses specializing in marine affairs, focusing on how these new, seismic discoveries in mathematics and physics could be applied to the practical problems of navigation.

Later yet, Lloyd’s insurance exchange and the London Stock Exchange were created directly from the Lloyd’s and Jonathan’s coffeehouses, where sailors, navigators, scientists, ship owners, financiers and financial traders met. These institutions provided financial services necessary for the development of newly discovered technologies and the industries that emerged from them.

From this world boiling over with discussion came the science, the application of science to technological challenges, and the financial services which led to the explosion of global trade over the following centuries.

A social model of innovation 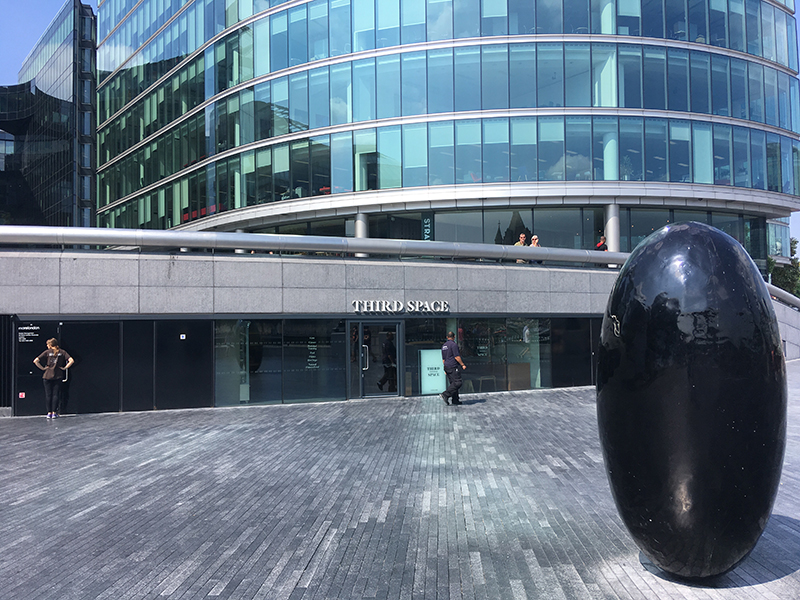 From the history of the coffeehouse, and its role in the development of new ideas, urbanist thinkers formed the concept of the ‘third place’, a shared space outside of the private settings of home or work, where ideas can be exchanged in an informal setting, diverse connections made, and new perspectives applied. In turn, academics have discussed the ‘coffeehouse model’ of innovation, drawing on these ideas.

Ronald Burt, a sociologist at the University of Chicago, investigated this effect of employee connections on innovation within companies. In his study of Raytheon Corporation, he measured the extent and variation of employees’ social networks, and found that those individuals who bridge institutional divides, what he calls ‘structural holes’, are more likely to be rated well by others, and more likely to generate good ideas.

“Idea generation at some point involves someone moving knowledge from this group to that, or combining bits of knowledge across groups” - Ronald Burt, Professor at the University of Chicago Booth School of Business.

Businesses have pursued these benefits by building them into the physical structure of their offices, designing spaces within which informal and unplanned meetings are encouraged in hopes of making connections across silos. Famously, Steve Jobs mandated a single central cafe at Apple headquarters, to force employees from across the whole company to rub shoulders while having lunch. These concerns have increasingly become a standard part of design in new offices and work spaces.

Digital spaces
But architecture is limited by physical space, and inherently costly and difficult to redesign and refurbish. And, obviously, most large companies exist across offices, markets, and timezones.

In practice, companies may want to encourage encounters with highly targeted outcomes in mind. Just as early coffeehouses picked a specialism and sought varied perspectives within that area, these discussions could be focused within a single team or department, or between two or more specifically chosen departments, or within one or more targeted professions, they could be time limited or occur around a particular project. They could bridge geographical gaps, across different work sites, or even continents.

All this while departments, business units and work-sites are growing, shrinking, being reformulated, or shifting in focus. Clearly within this context, physical architecture would reach limits of reactivity and flexibility.

Digital technology cannot replace face to face meetings, but, if carefully structured around engaging content and a series of discussion prompts, it can provide other spaces for making these kind of connections. Notably, it can provide collaborative experiences at a scale that would otherwise be impossible—no physical design can bring together a selected group of employees across continents, over the course of weeks or months, without huge expense and disruption.

Business leaders have long recognized the need for knowledge exchange across these borders, and have turned to a succession of enterprise social networks like Yammer to achieve it. But they’ve often found that initial enthusiasm gives way to underuse and few conversations are actually directly related to business goals. Spaces like Yammer can feel a bit too much like modern Starbucks, where a lot of strangers down their beverages quickly, at best exchanging a few passing pleasantries with other customers.

Coffee house blueprints
For every 17th century coffeehouse busily laying the foundations for modern physics, a dozen failed because of the low quality of their conversation, their lack of creature comforts, or their terrible coffee. Most collaborative learning environments fall victim to similar pitfalls. Success requires a painstaking accumulation of knowledge, encompassing experience design, content creation, discussion prompts, and the analytics capabilities necessary to spot problems and correct course nearly in real-time. If any one of those elements falls short, the whole social experiment collapses.

The role of a learning platform like Nomadic is to negotiate potential stumbling blocks, and design the right conditions for meaningful social interaction and effective understanding to emerge organically.

Just to take one example, here at Nomadic we actually measure and benchmark the average number of meaningful new connections that learners forge through social interaction. We find that in most of our programs, learners engage in substantive discussions with at least 7 or 8 unique colleagues. Each new interaction harbors the potential for a spark to ignite a wider movement for change and continuous improvement.

Many of these social spaces, whether digital or physical, may not meet the strict criteria for a ‘third place.’ It’s inherently difficult, perhaps even quixotic to try to recreate the feeling of a chance meeting outside of the workplace, within the company setting. It’s inevitable employees are going to feel some level of constraint in discussion with colleagues.

But when they work, digital learning experiences can foster the kinds of emergent connections between previously isolated individuals that give rise to new knowledge, new ideas, new practices. Collaborative digital learning environments can allow companies to achieve some of the benefits ‘third places’ offer. Connections in less formal settings, connections which otherwise would not or could not happen, connections across professions, departments or levels of seniority. And from the collision of different experiences, perspectives, and areas of expertise, can emerge new ideas and new ways of understanding, with deep practical benefit.

Bring the Third Place concept to create the most effective learning experiences in your oraganization - Try Nomadic today!

Podcast Episode 1. Nobody Needs a Netflix for Learning 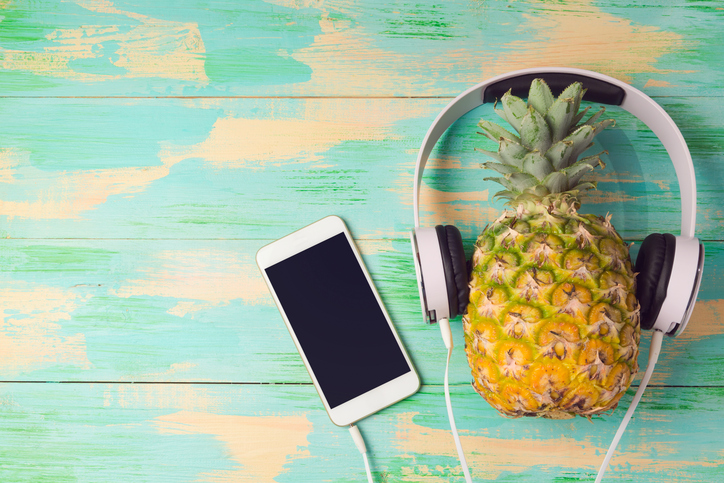 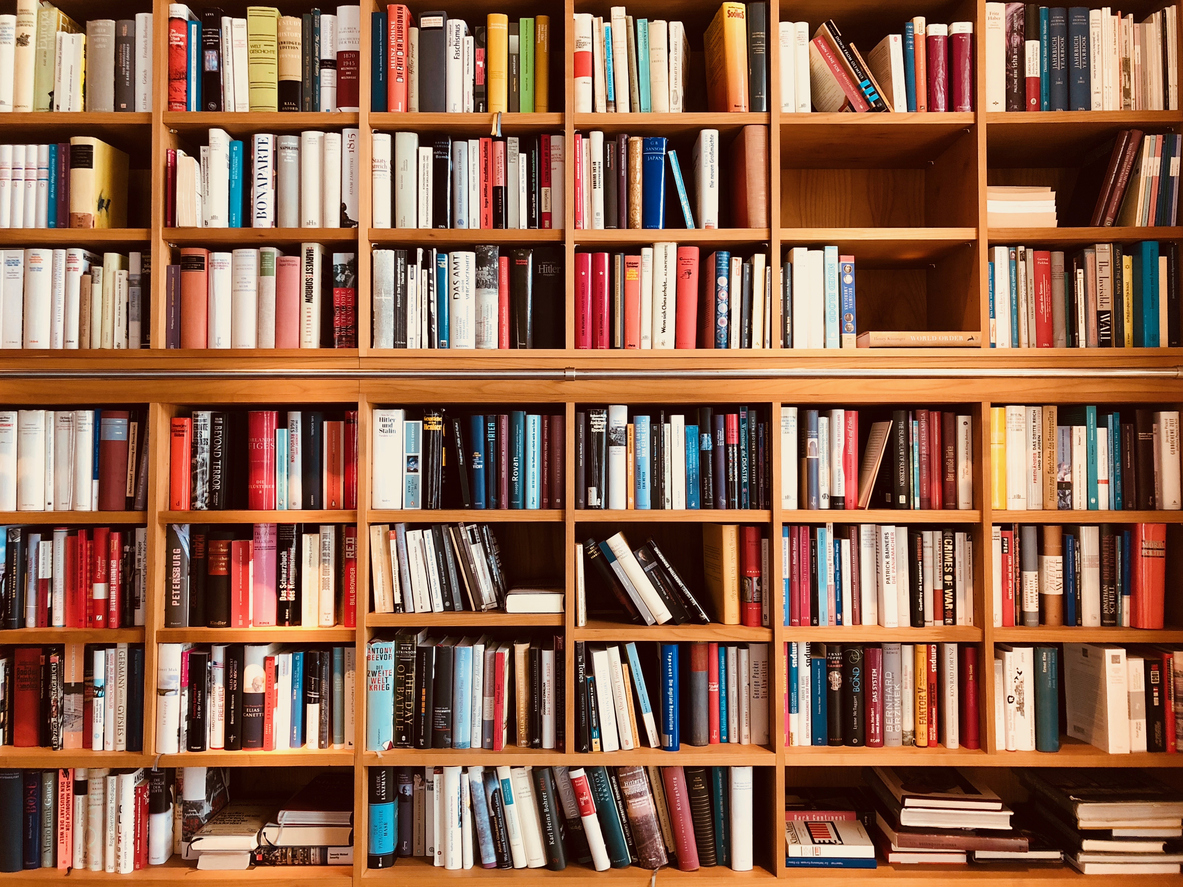 Out of the Background - Putting Digital Learning at the Strategic Center

In today's digitally-driven enterprise, the question of what data gets the attention of the C-Suite is a proxy for strategic relevance. If you are not producing data that gets attention, you're unlikely to have a seat at the strategic table.